Did you expect me to write something mushy for Valentine’s Day? Oops! Ha Ha! Well, it’s not exactly mushy, but it is about love & marriage. 🙂

If you are a 70’s or 80’s baby you should have the theme song from Married with Children in your head. Now, I will admit that this show was crude humor, so don’t think I’m encouraging you to stay up late at night and watch marathon re-runs. Ha ha! But the gist of what they were showing is that once you’ve been married for a while and your (rebellious) children are growing up that life turns boring and mundane. Basically, life goes from love to despair and that when you’re older that you just co-exist in the same room with your same routine. Well, that’s not how marriage was designed to be and definitely not how it has to be.

Since I’ve been married almost 21 years and I got married when I was 18 (Yes folks! That means I’m almost 40! Yikes!) I believe I have some experience to speak from on both the “marrying early” and the “been married for a while” sides. So, I’m going to give you my two cents on several aspects of marriage. I will be keeping this G/PG rated. 🙂

Today, people seem to be getting married younger and younger. It seems the 26 year olds planning their wedding after they have graduated College and secured a job and been on their own for a few years are no more. Now, since I was married at 18, I can tell you that I understand! Maybe you (& hopefully your mate) have matured early and you both have good jobs and are ready to be married. That can be a good thing! But what I’m finding is more the opposite. I’m not saying I should be the judge of when ANYONE gets married, but I do have some suggested guidelines (based on my experience) on what you should be sure of before you take the plunge.

1. You need to love this person. Not lust, not need, not dependence, not thinking they are your soul mate…..but love. Love is not a “feeling” that comes and goes….it lasts forever. And the type of love you have for them should be unconditional–you love them even when they don’t do the right thing, when they aren’t all fixed up, when they have health issues or are struggling with something. You should want the best for them because they are the best for you.

2. They should be what you want in a mate RIGHT NOW. You should not think or plan to CHANGE them into what you want to be. Or believe that “in a few years” this or that will change. People do change as they mature, but in general their personality is not going to change. If they are argumentative, explosive, whiny, clingy, etc….that’s their personality. If you have dated them long enough and they haven’t changed yet, don’t expect it to happen later.

3. Don’t settle! And don’t get married just because you want to or because everyone else is. I KNOW. I know. EVERYONE your age is getting married and having babies! (Remember your Mother or Grandmother’s question “Just because all your friends jumped off a bridge doesn’t mean you should!”) You see all your friends posting on Pinterest their wedding plans–dress, venue, decorations, honeymoon and it doesn’t stop there. They are already pinning stuff about their future children and they haven’t even gotten married yet. It just seems like the logical progression of how life goes. But that doesn’t mean you should settle for someone you love but doesn’t have the same general life plan as you. Someone can say (& act) like they love you, but really they don’t want the same things out of life as you. Just be SURE and don’t be afraid to ask the hard questions. It will be much harder years down the road.

4. Do not be unequally yoked…..If you are a Christian and your boyfriend/girlfriend is not, you should wait. REALLY!!! Otherwise, you will be dragging your spouse (or family) to church and arguing about it or they will be dragging you down and you won’t be involved in church. Or even worse, you could be going to church while they stay home. You personally cannot save someone. Only God can change their hearts, so make sure that is the case before you are married.

Do you know what the 4 most causes for divorce in today’s society are?
Money, Sex, Children & In-Laws

You may look at this list and say “We don’t have a problem in any of those areas. We agree on everything and have made a budget; we have discussed intimacy; we know how many children we want and have agreed on things like discipline, school and religious upbringing; we love our in-laws …… Well, I know this sounds good, but listen closely THINGS.CHANGE.

You have a budget, but one of you loses your job or gets sick or has a hidden spending problem, your parents become ill or both your cars break down at the same time.

You have discussed intimacy, but one of you develops a health problem that is ongoing, becomes addicted to pornography, finds yourself in a situation with the opposite sex when you are having an emotional low, or you use sex as a weapon to get your way.

You have agreed on children, but one of you decides you want them closer together, sooner, more, less or you cannot have children of your own. Then what? What happens when you have a special needs child or they become rebellious as teenagers? What happens when you have agreed on discipline, but one of you can’t carry it out or worse yet goes behind the other one’s back to not follow through.

What about when the in-laws have a falling out, your spouse tells them WAY more about your flaws than they should and they start disliking you, they treat you differently or your children differently?

Now, I know you are saying “That will never happen to me.” But trust me my friend, it can. Maybe just 1 will be an issue, maybe all 4 or maybe at different times you will deal with different ones. But take my advice It.Will.Happen.

So, why am I telling you this? It isn’t to discourage you from falling in love and marrying that person. Quite the opposite really. I just want you to be prepared for reality–not Nicholas Sparks’ books reality or Hollywood reality, but “normal” people’s reality.

Your spouse is the person who you should feel safe with, who should keep you in second place in their life ONLY behind God, who is united and committed to you and you alone and who never gives up on your marriage.

Let me share a piece of advice I was given, albeit 20 years too late. LOL! “Don’t do anything for your spouse now that you don’t want to be doing 20 years later.”

What does this mean? Well, I’m a “server”. I love to serve my husband. So I have always (literally almost always–like when I wasn’t laid up with surgeries or bad illness) gotten up to pack my husband’s lunch for work, laid out ironed his clothes and seen him out the door. Now, I love this time with him, which is why I started doing it when our boys were young. But, do you know what happens when you’re tired or you have a day off and could sleep in or they are in a bad mood and decide they don’t want to wear the shirt you just ironed or eat what you packed them for lunch? You start feeling unappreciated and taken advantage of. So, make sure you can work through those feelings too. If you want to truly serve someone because you love them, you MUST do it without strings attached. True service is done regardless of whether you get anything in return.

So, do you think you have what it takes to get married? Do you have more than just love & butterflies? Do you have that love that can carry you through the good times and the bad? Good! I applaud you! Just remember that any marriage that is going to succeed needs to have God at the head. That won’t mean you won’t have any problems or bumps along the way, but it is the best way to start your life together–as ONE.

Oh, there will definitely be a follow up post to this. I have WAY more to say on the subject. 🙂 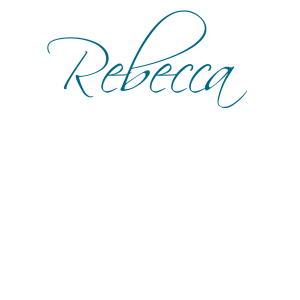 The Natural Homeschool
Not a Day Promised

She's Got A Pen

Not just a home-school mom.

Welcome to the madness!

Ramblings From the Crazy House 2

my journey by suzi